This Person Is Yarn Bombing The Ocean. Yeah, That’s A Thing. It’s Awesome.

Crochet artist Olek is in way over her head here, in the best way possible. She has taken the “yarn bombing” trend that got its start on city streets to a place where few could have predicted it would go. Just as another street artist with a penchant for hooking thread might crochet around a parking meter or something else you would find in an urban environment, Olek is covering things you’d never expect to see covered in yarn with their own little sweaters of rebellion, except she’s doing this underwater. It’s really awesome. Take a look!

Well, if that’s not something that’s asking to be yarn bombed, I don’t know what is. 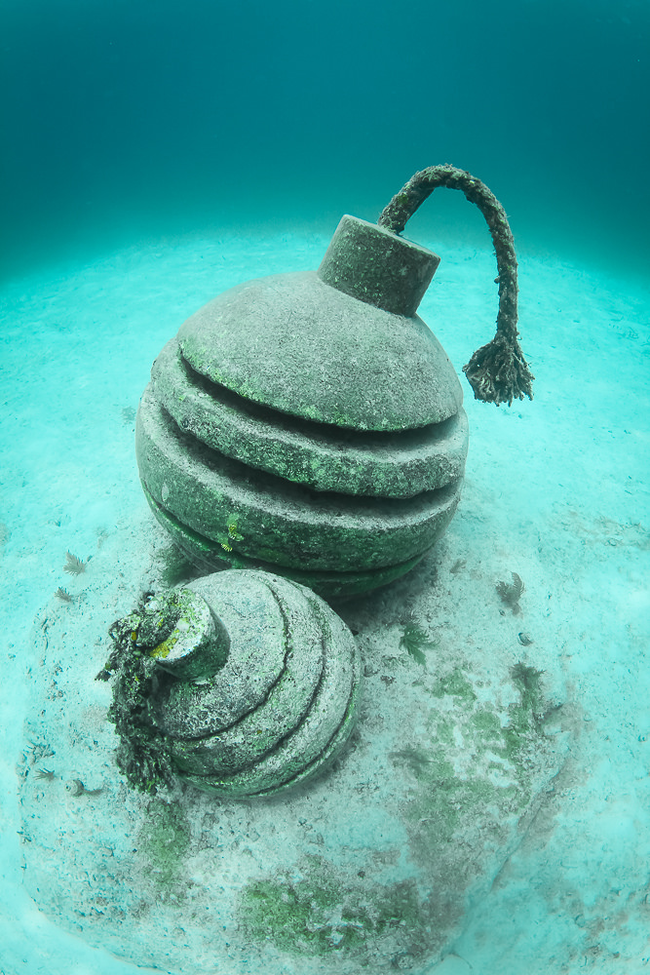 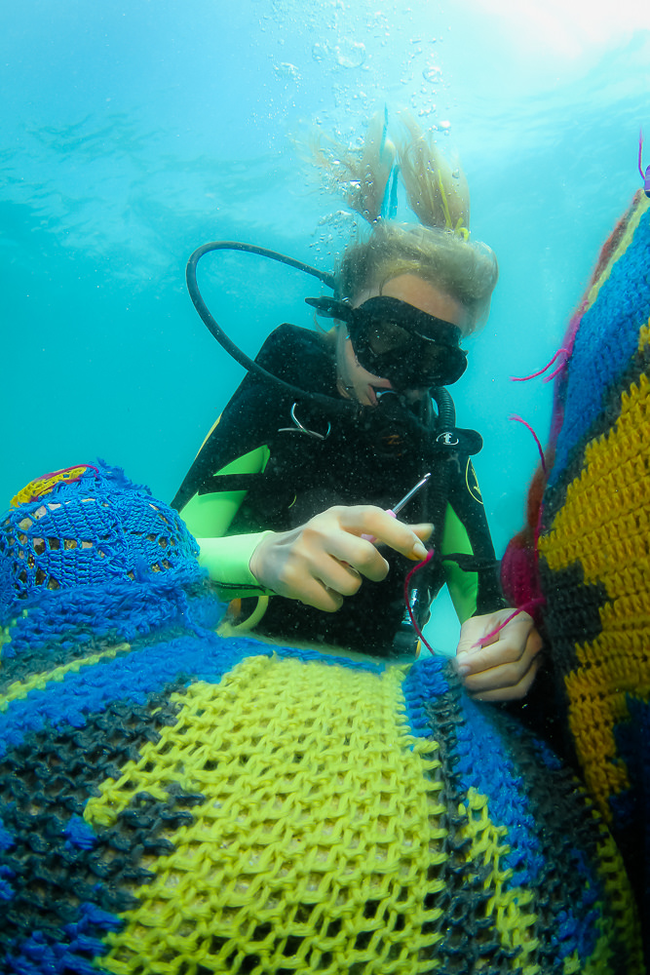 They look like the warmest little bombs the whole ocean has to offer. 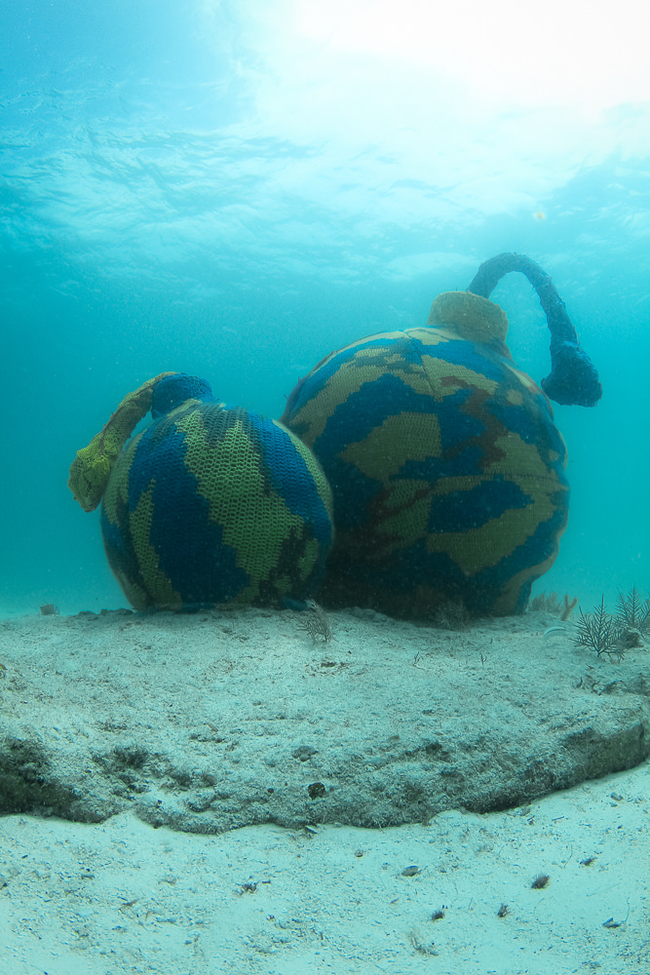 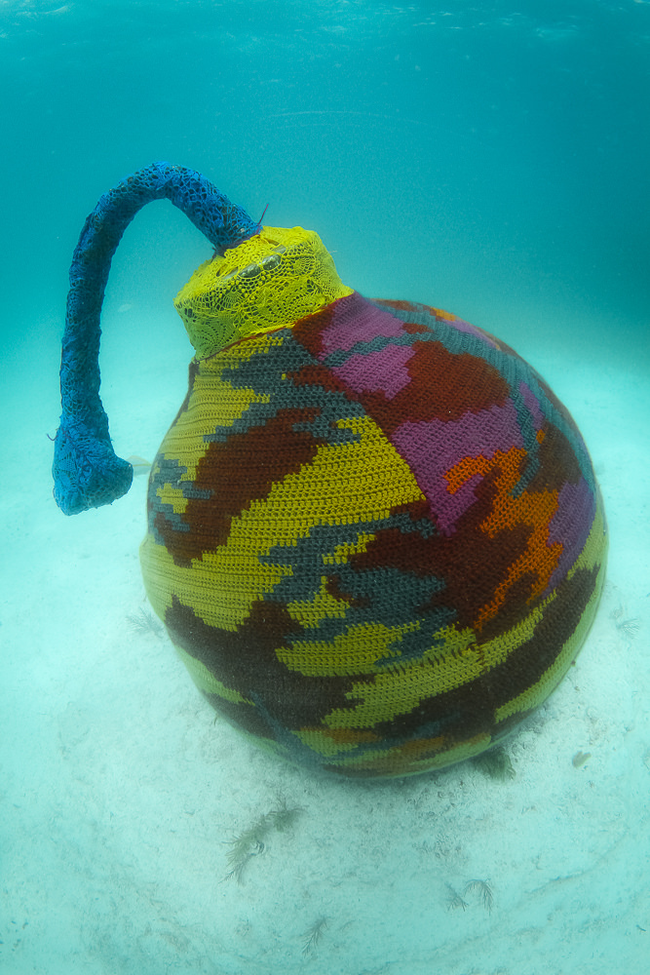 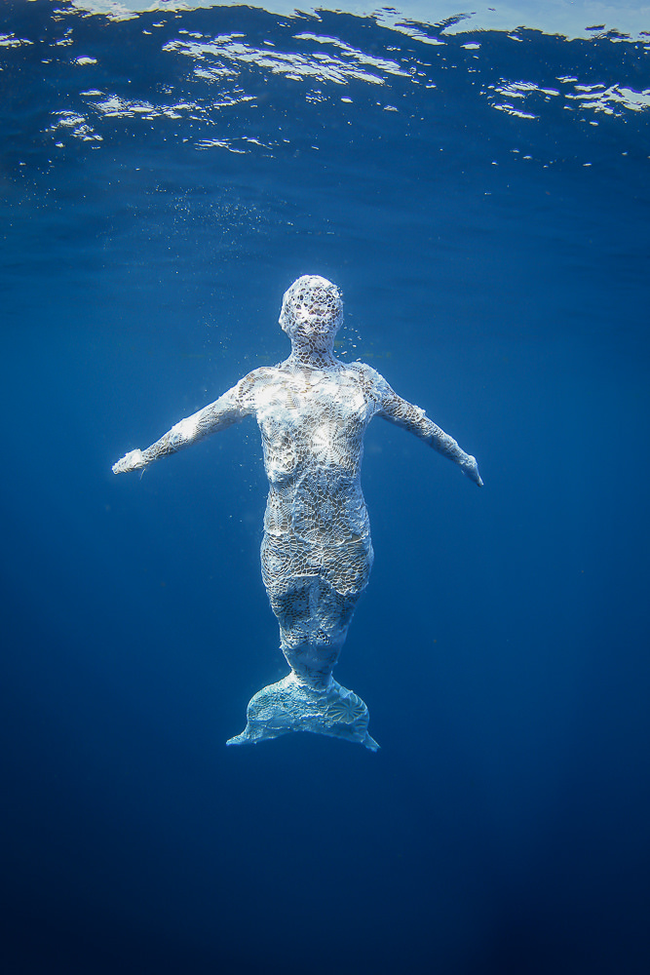 Um… I don’t think that one is made of yarn. 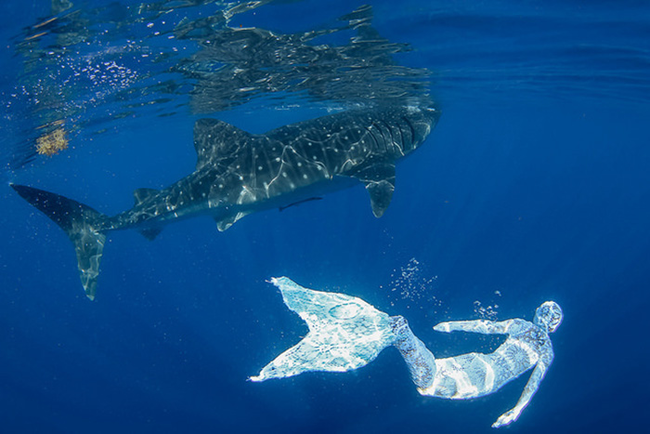 They certainly seem to be very accepting of the crocheted creatures. Maybe it’s familiar with Olek’s work. 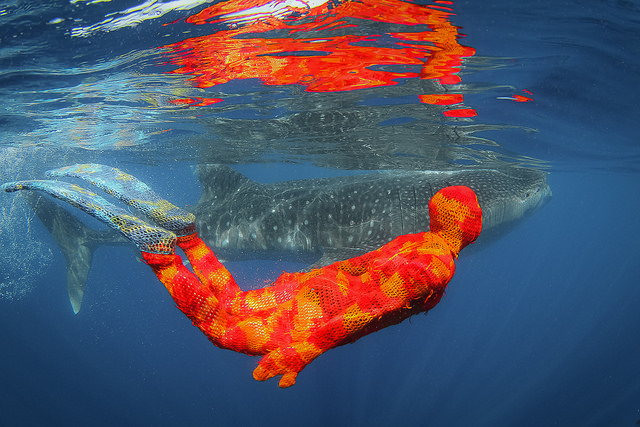 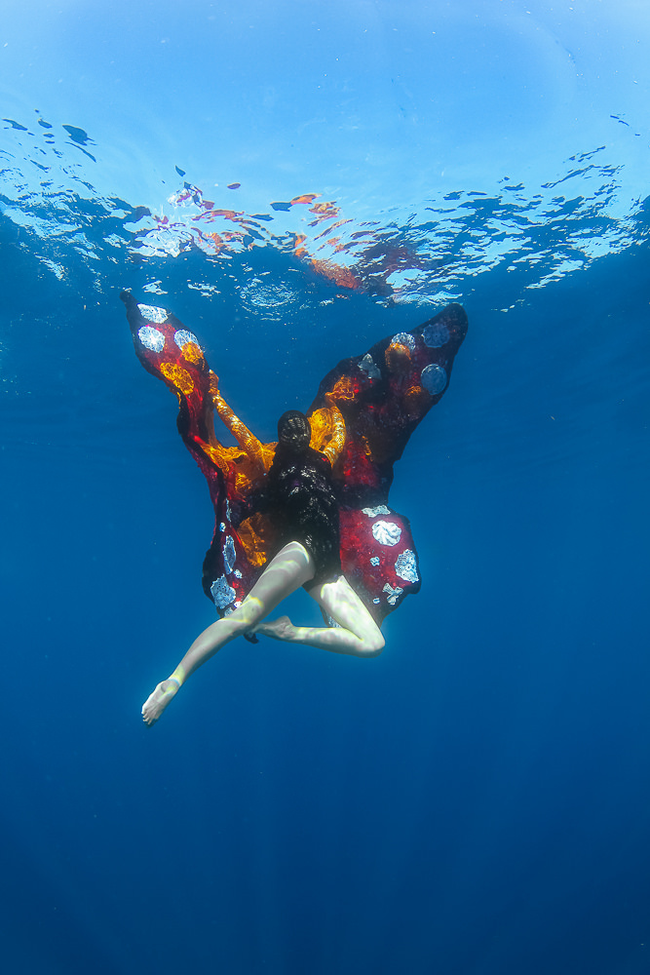 I hope this diver was with them! 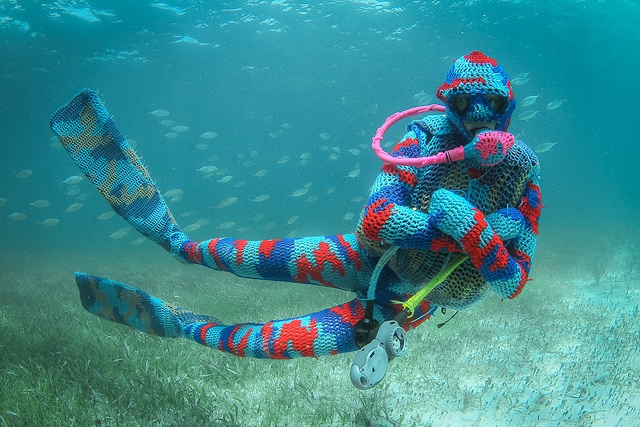