Need a good laugh? You’ve come to the right place! We have stalked Twitter and selected some of today’s funniest and most awkward tweets from our panel of funny people.

With any luck, we’ll leave you laughing all the way to…well…wherever it is you should be right now!

I love Broadway musicals. It's so exciting to see a shitty movie from twenty years ago LIVE!

Twitter is weird: the funniest people are often the saddest, the craziest are sometimes the sanest, and the happy ones just stop showing up.

You're playing LMFAO really loud, but all we hear is 'Desperate and I Know It.'

I always shake someone's hand when I meet them for the first time, though I would much rather suck their toes instead.

Inspiration follows aspiration… but aspiration doesn’t follow back because he thinks those cheesy internet quotes are annoying.

If you don't have kids, you don't know the simple joy of seeing those sweet faces in the school bus window leaving you alone for 6 hours.

If it wasn't for the two drink minimum I think most comedians would suck. 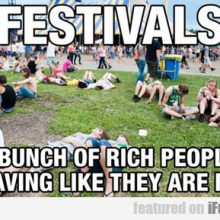 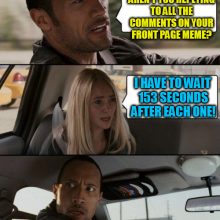