The Indian Air Force was being deployed in World War II to fight the Japanese in Burma. Warrant officer Harjinder Singh wondered out aloud: “Why should we fight this war for the British?” Being heavily influenced by the Congress-led Freedom Struggle, he wasn’t convinced that Indians should fight for the British.

ShareTweet
Comments Off on Behind first made-in-India planes: ‘Spitfire’ Singh – Times of India 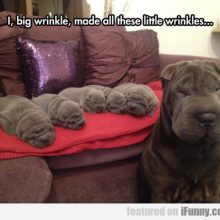